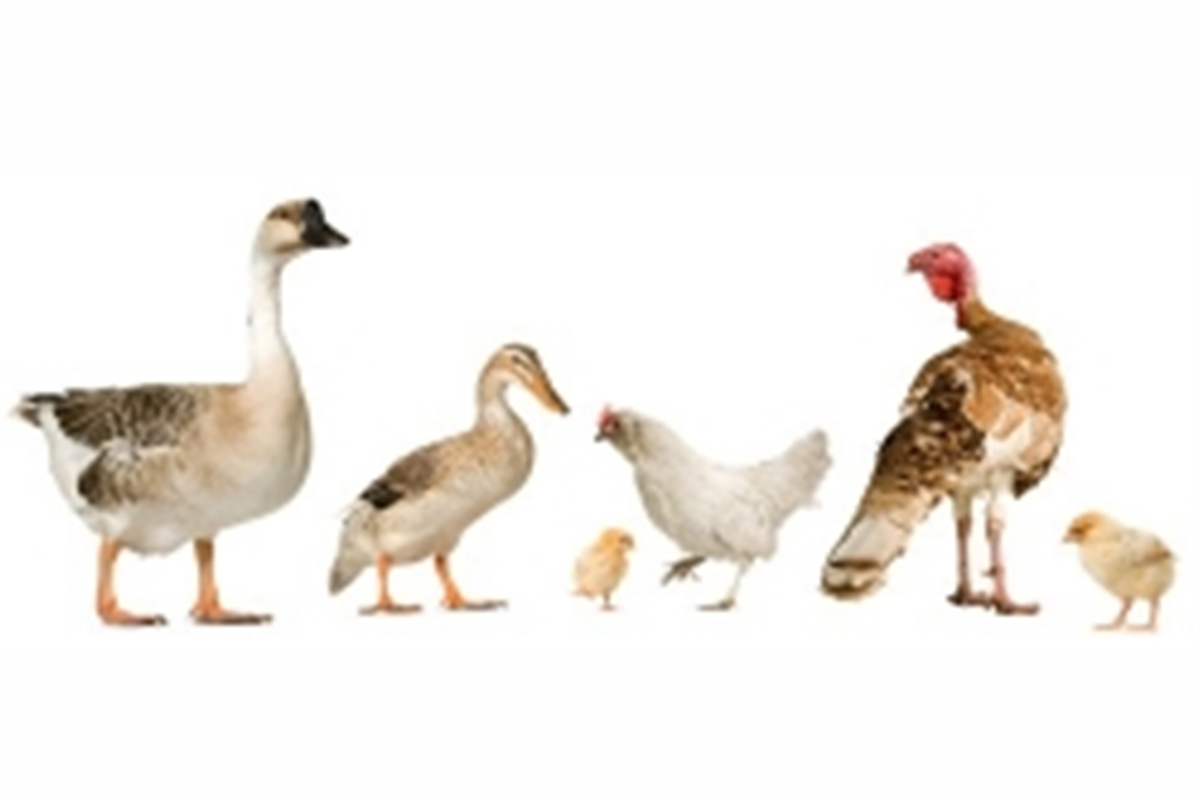 Poultry classifies Birds that are kept for eggs or meat. It includes chickens, turkeys, geese, ducks and various other birds. Breeds are distinguished by descent, and physical characteristics such as plumage and color.

The White Leghorn of the Mediterranean breeds is the most common for commercial egg production. Its white eggs are the typical grocery store variety.

The American wild turkey, originally domesticated by the Indians, is the ancestor to all domesticated breeds. A full grown turkey can reach a height of three to four feet with a wingspan of four to five feet. The weight range for domestic turkeys is up to 60 pounds for a male and up to 26 pounds for a female.

Male ducks are referred to as drakes and females take the more common title of duck. Mallards, despite being classified as a species of river ducks, can generally walk on land better than other species. Pochards include the canvasback species, a favorite of North American hunters.

There are at least 15 species of geese and many more subspecies. The well-known Canadian goose is classified as a Black goose because of its black bill, feet, head, and neck. The classic barnyard goose is a Gray goose. These geese have gray or white heads and brownish to grayish or white bodies. Male geese are called ganders and females are referred to as geese.