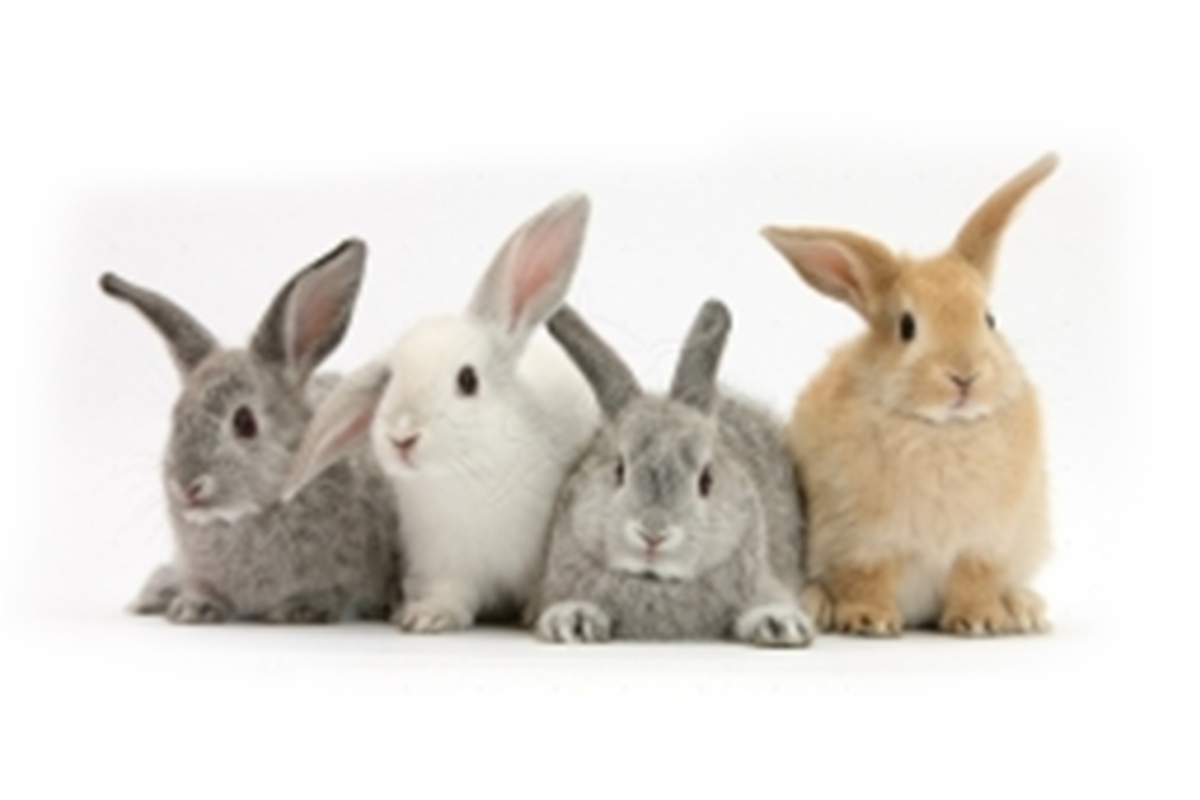 It is believed that catholic monks were the first people to domesticate rabbits.  It is known that there was a great deal of trading of rabbits between the monasteries as early as 1194.  Since then, over 40 different breeds of bunnies have been developed.  Animals vary in size from the 2 lb. Netherland Dwarf to the Flemish Giant which can weigh over 15 lbs.!!!

Bunnies are an excellent choice as a pet.  They can live as easily in a small apartment as in a large backyard.  They can be house trained much like a cat and they require no vet visits for immunizations.

They return hours of amusement and love since they easily bond to humans.

You should never buy a bunny to keep another bunny company.

These are very territorial animals and do not live well with another rabbit.

Some of the more popular breeds for pets are: