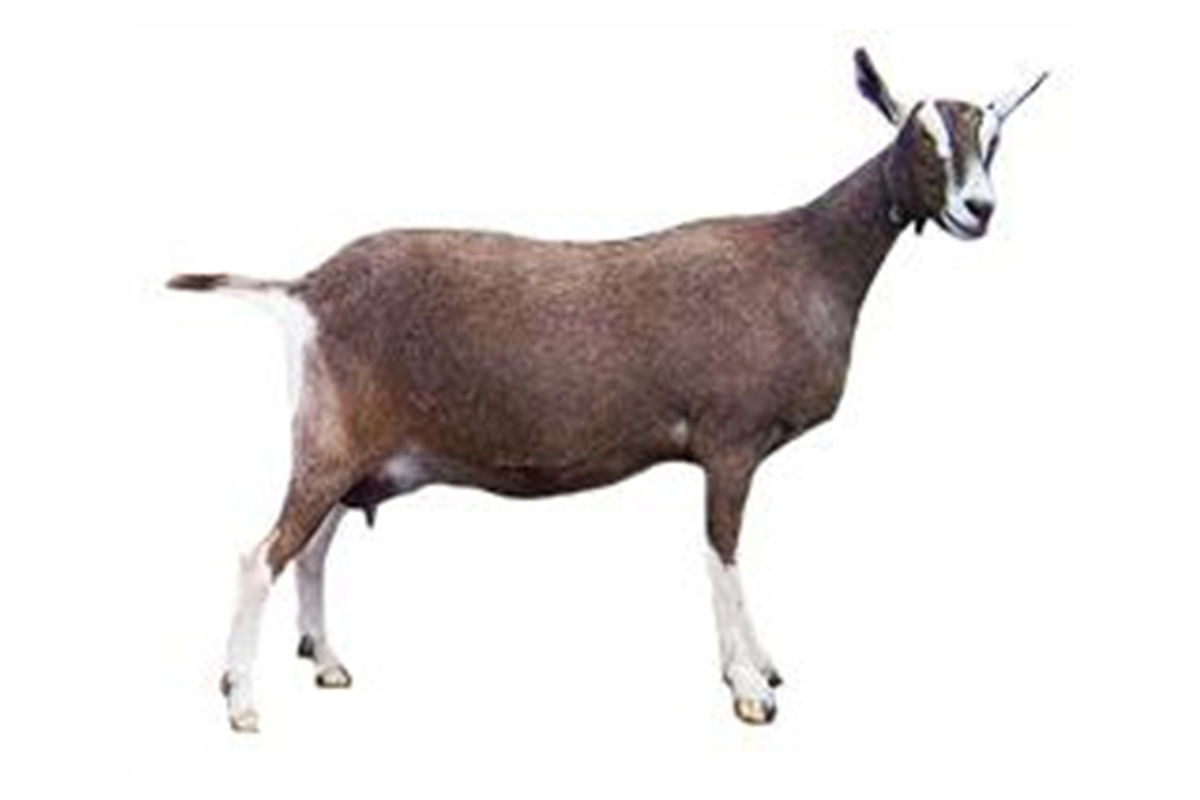 Goats have provided people with milk, meat, and wool since prehistoric times.  Goat’s milk ranks third in the worldwide milk production, behind cow’s milk and buffalo milk.  It has a tangy flavor and because its composition differs slightly from cow’s milk, it can be safely drunk by people who are allergic to cow’s milk.

Adult male goats are called bucks or billy goats.  Adult female are called does or nanny goats and a goat less than a year old is called a kid.  Most goats live from 8-10 years.

Wild goats live in rocky and mountainous areas.  They eat almost any kind of vegetation including bushes, leaves, and tree bark.  There are five species of wild goats. One of these is the ibex which can be found in the Near East, Sudan, Siberia, the Alps and on the Greek Islands.  The Rocky Mountain goat, found in Canada and the U.S., is not a true goat but a “goat antelope.”

Domestic Goats produce more than 1 ¾ billion gallons on milk and large quantities of wool.  Major breeds of dairy goats are the Saanen, Toggenburg, and Alpine. The Anglo-Nubian, or Nubian goat, is the most popular milk-producing goat in the United States and Canada.

Major wool-producing goats include the Angora and the Cashmere.  Angora’s wool is called mohair and comes from the outer coat of soft, shaggy white wool.  The Cashmere’s wool is called cashmere and is obtained from the goat’s fine, silky fleece which lies under a coat of long hair.