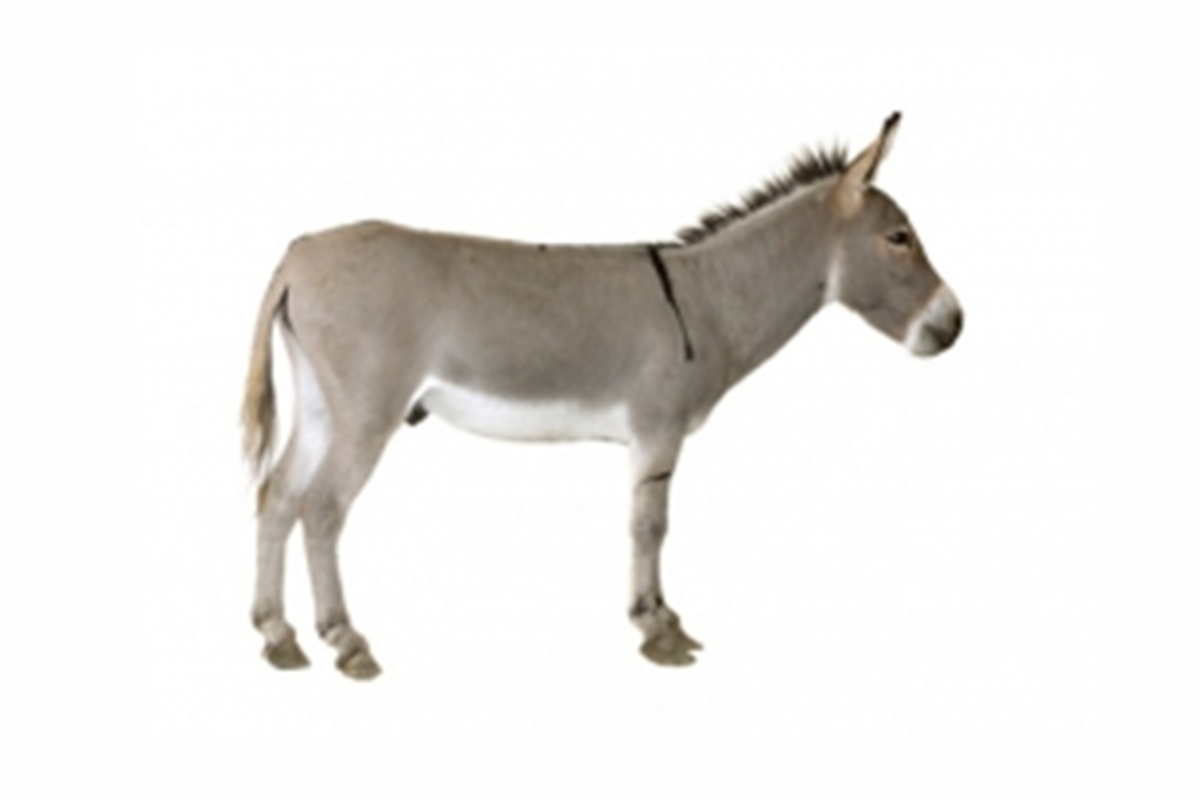 Donkeys are close relatives of horses.  The horse (Equus caballus) and donkey (Equus asinus) are members of the family Equidae. Donkeys have longer ears and smaller hooves than horses.  They also have a sparser mane and tail.  The sound they make is a bray.

Five breeds are recognized and registered in the United States: the Mammoth (or American Standard) Jack, the Large Standard Donkey (or Burro), the American Spotted Ass, and the Miniature Mediterranean Donkey. Mammoth Jacks are the largest.  They must be at least 56 inches high at the withers (top of shoulder). Miniature Mediterranean Donkeys are shorter than 36 inches.

Mules are hardy animals with stubborn personalities.  They were popular work animals during the early history of the Unites States.  George Washington and Henry Clay were the first people In the U.S. to make using mules popular.  The first jack to enter the U.S. was given to George Washington by the king of Spain.

Mules can withstand hotter temperatures and have fewer digestive and foot problems than horses.  Mules can transport goods to places cars and trucks can’t reach.  People use mules for doing work, packing, riding, pulling carts, pets, and companionship.  There are draft, pack/work, saddle/driving, and miniature kinds of mules.